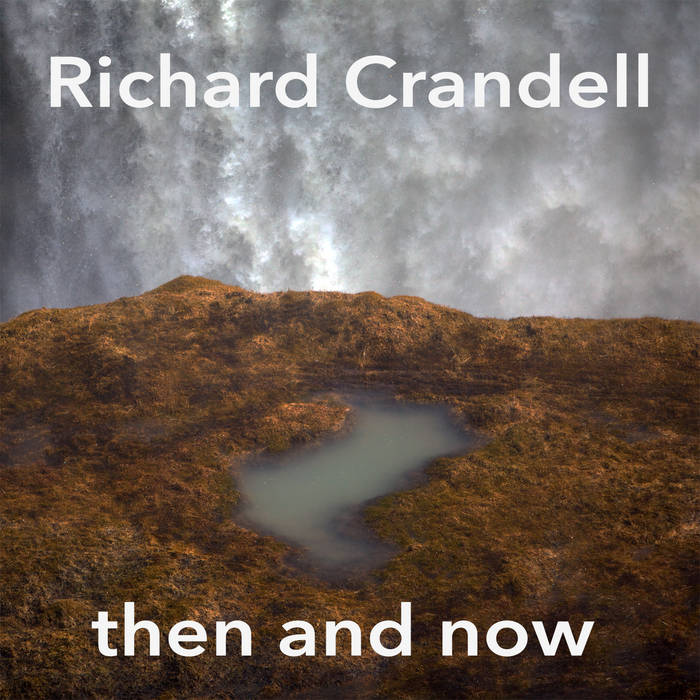 Eugene-based guitarist Richard Crandell's 1980 private press LP In The Flower of Our Youth might be that perfect rainy day / road trippin' solo guitar record. Reissued on Tompkins Square, it captures the aura of the Pacific Northwest in unique and powerful ways.

Crandell's struggle with Essential Tremor moved him toward the mbira (African thumb piano), and he recorded on the instrument for John Zorn's Tzadik label. But Richard has returned to the guitar at times. Then And Now is comprised of material recorded over the past 25 years, some recorded this year, all previously unreleased.

Here is Richard's own take on the new album, Then And Now :

"Most of these recordings were discovered about five years ago. They were recorded on a DAT recorder in the '90s. "Road Trip" was in standard guitar tuning, capo on the 2nd fret, inspired by my 50-state 'American Friends' tour. "Funk Dat", (love the blues) "Haley Suite"(love Bach) and "Route 22" (love Tennessee) were tuned in DADEAD, capo on the 2nd fret. "Over/Under" (love John Fahey) was in dropped D tuning with the capo on the 2nd fret. "V-Blues" (love Scott Joplin) was in DADGAD, capo 2. It was the only tune which I've written that has a modulation by "brute force." "American Friends" was my 12-string rendition of a Bill Bartels' classic, reflecting his Virginia roots. "Swallowtails" was a solo 12-string version of a duet which I wrote in the early '80's. I like my foot-tapping on this one. The duet was originally on Oregon Hill with Bill Bartels. "Unknown Lament" was a 12-string piece from the same album. This solo version has a unique coda. "Down to Earth" was recorded 3 years ago. and was written in CGDGBE, a tuning which Tim Danforth showed me. The last tune, "Cinema Verité", was recorded a couple of weeks ago, on Kyle Lindros' ukulele. It is my only uke composition. Kyle's dad Billy, named it, as well as In The Flower Of Our Youth and many of my other tunes. English is my second language. Music is my first. Especially rhythm. Enjoy!"