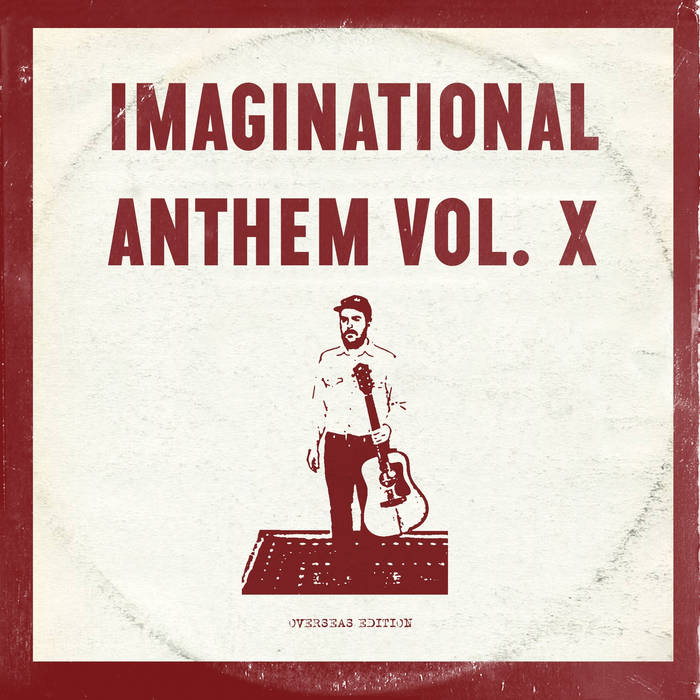 MarkOhe Herr Obst has had his ear to the proverbial ground, listening for groundbreaking outsider folk and solo acoustic guitar music, for what seems like ages. He is a premier curator, especially of european music, and this volume of 'Imaginational Anthem' displays that great talent.

K Hall This is an excellent compilation and it’s trying very hard to become my favourite in the series. Songs ebb and flow through various times and spaces…highly recommended.

Otis Nugatory Tompkins Square, you've done it again! Another solid compilation. But no CD version, alas. Must be getting old. Best ongoing compilation this side of Kompakt's Pop Ambient series.

Playing music on a wooden box that is strung with guts or metal wires is an age-old tradition across all cultures in the world. In the Western world, the guitar became a symbol for serenading an adored one, to cure homesickness, conserve stories, or go against the establishment.

Especially for American culture the guitar is an important icon and being pictured with a guitar shaped our understanding of pop culture.

For European settlers the guitar, or even just the knowledge of how to build a guitar, was often the only way to take something from home with them into the new world. And there, as more people were immigrating or were forced to emigrate, European music traditions, from the British Isles, Portugal, France or Italy, started to influence each other and were played on other stringed instruments like the Banjo, which was brought over from Africa under similar, but more violent, circumstances than the guitar.

It's fascinating to know that the legendary Dobro guitar, an acoustic guitar with a metal cone to make them louder, and primarily known in blues music, was invented by Slovak emigrants, the Dopyera brothers.

The iconic Hawaiian lap steel guitar was built by Norwegian emigrant Chris Knutsen (fair to say, he was three years old when his family emigrated to the US.)

These instruments were pushed to their limits by self-taught Black performers, playing the blues, which was essential to modern Western Rock music.

That brings me to John Fahey who is seen by some as the "Übervater" of American steel-string guitar, or “American primitive” as he called it. His vision of playing the music of the world; be it European classical music, African kora music, blues, Indian raga, musique concrète, Latin American jazz on a single instrument, is still inspiring young musicians all over the world. They take up the challenge to become fingerstyle virtuosos themselves, and discover their local musical roots through the lens of Fahey's American primitive framework.

With this compilation, I want to show how many talented and original musicians on the other side of the ocean were inspired by Fahey and American primitivism in one way or another, and how they aim for playing the music of the(ir) world on a single instrument. For example, Italy seems to have a strong connection to the Takoma records label. Both Fahey and Robbie Basho played there at least once, and inspired musicians like Roberto Menabo, Maurizio Angeletti, and Enrico Marcandalli to explore the possibilities of the steel-string acoustic guitar.

I must acknowledge the history of European emigration to the United States, slavery, and the exploitation of (then) minorities in the music business and in general, is a complicated one. John Fahey's character and how he treated the people who loved him was complicated as well. But as Danish philosopher, Søren Kierkegaard said: “Life can only be understood backward, but it must be lived forwards.” We can only do better now.

I hope you enjoy this compilation that ranges from traditional Takoma School pieces to more Avant-garde minimalism; from the warmer hemisphere of Southern Europe, through Central Europe, and into the stark beauty of the Scandinavian regions.