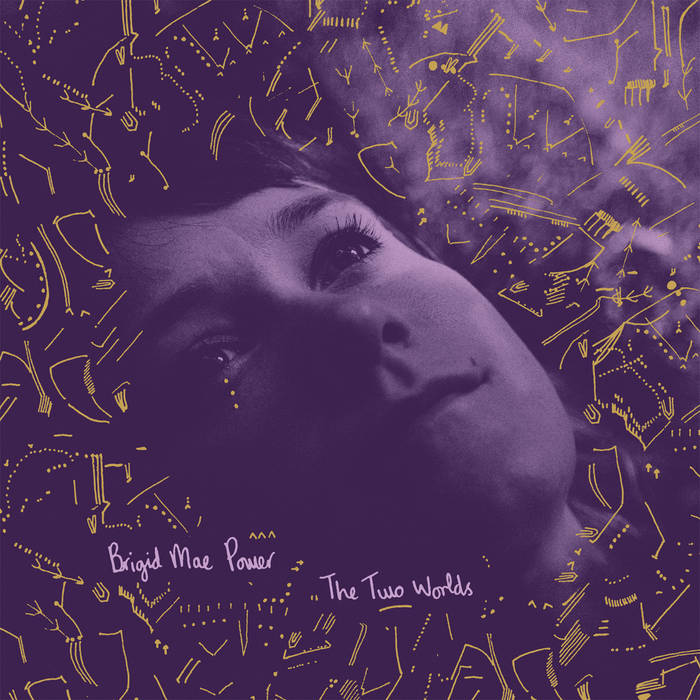 Maximum Jack Few albums have ever hit me, emotionally, the way this one did. Neutral Milk Hotel "In the Aeroplane Over the Sea" is another such album. In both cases, the music is otherworldly and beautiful, and the subject matter can be incredibly sad without setting out to depress you. Favorite track: Let Me Go Now.

Ireland's Brigid Mae Power returns with a new album, 'The Two Worlds'. The album will be released worldwide in all formats February 9th, 2018 on San Francisco's Tompkins Square label.

'The Two Worlds' was produced by Peter Broderick and recorded at Analogue Catalogue in County Down, Ireland. Q Magazine listed the album as a "Top Tip" for 2018, stating "(The Two Worlds) is full of droning ballads laced with defiance."

The sadly topical first single, "Don't Shut Me Up (Politely)", seems to express what's on the minds of many women right now. Tompkins Square's Josh Rosenthal noted on social media, "I don't usually have the opportunity to say something political about the music I put out, but in the case of Brigid Mae Power's new single, I think this song may resonate with any woman who's been gaslit, mansplained to, paid less, bullied, sexually harassed by a C-List celebrity or famous movie producer, had her birth control systematically taken away, or told she had to go to another country or across state lines to get an abortion."

In her own words :

Most of these songs were written in the last year in Ireland and they're all about the different feelings I had at the time. Last year I moved back to Galway, Ireland where I mostly grew up and I was feeling and noticing again the repressive and oppressive environment. So I revisited a song I had half written a few years previous called 'Don't Shut Me Up (Politely)' and I found that moving home, I had the ammunition to finish it. I had actually tried to record this song in Portland, Oregon the previous year but at the time it just did not work. It was the wrong atmosphere, it was summer and a sunny day and just was not repressive enough in the way that it can be here! So I didn't really feel real singing it as I didn't feel held back at all! It felt like singing to a brick wall and it wasn't going anywhere... So when I moved back I had the idea to go up to an analogue studio in the North of Ireland and specifically record that song there, so we booked in some time at the studio and I hurried to finish some other scraps of songs I had lying around with the idea of recording them live and just seeing what happened.

I had been thinking about my Grandmother a lot, so there are a couple of songs about her.. I'd been thinking about lost friendships. I'd been thinking about how to balance being settled and also being up in the clouds. I'd been thinking a lot about cutting out the crap and letting go of things that don't serve you, so I feel like these songs are pretty direct. I wanted them to sound direct too and the studio Analogue Catalogue was the perfect place and had a great sound and live room.... When we went up there the second time to record the other batch of songs, it was a very busy time in our life and I hadn't finished writing the lyrics to a lot of them. Not as a choice - I just literally didn't have time. So when we got there I thought I would just try them out anyway and as a natural procrastinator I was much happier with the sound of the result of being pushed to the last minute. Peter added in different instruments really naturally and then mixed and mastered the record. 'I'm Grateful' was written in Oregon and for me I can tell that it wasn't written in Ireland. The rest of the album feels quite like what my environment looks like here at the moment out of my window.